Longest-running overseas event roars into its fifth decade of success

They say absence makes the heart grow fonder, and that may very well be the case this summer on the banks of the River Thames.

The J.P. Morgan Corporate Challenge has been an annual staple in the England capital, London, since 1986. It ran for five years in the city, took a year off in 1991, and returned in 1992 to a new race course next to the Thames in beautiful Battersea Park. It was then continually operated through 2019 – regularly drawing crowds of close to or over 30,000 participants.

Now, when the event returns in 2022 for two nights of racing on 6-7 July at Battersea Park, it will be marking its first event in the 2020’s, anchoring London’s participation for over five decades. It is easily the longest-running Corporate Challenge outside of the United States.

This year, participation will be in-person globally and participants can expect a similar experience to earlier Corporate Challenges, with company hospitality available within Battersea Park. The emphasis will be on safety, with the Corporate Challenge following local health guidelines to deliver peace of mind and a world-class road racing experience.

There will be a historic element as well. For the first time at a J.P. Morgan Corporate Challenge, participants in London may register as non-binary and be eligible for scoring in the mixed team division. Mixed teams shall include no more than two participants registering under the same gender – for example, two female and two non-binary teammates, or one male, one non-binary and two females.

Willis Towers Watson, a multinational risk management firm, not only drew their 276 participants from their Lime Street location in London, but also had colleagues traveling into the capital from Ipswich, Redhill, Reigate, and even Manchester.

“The event is used to bring together all our colleagues who have a passion for running in a fun and safe environment, with the additional drink afterwards to reminisce about their race times and challenges they have managed to concur to run the 5.6-kilometer course,” Carl Baker, the tireless Team Captain for Willis Towers Watson, said on race night in 2019.

“Spending over six hours hand selecting and packing of the Willis Towers Watson team purple colored shirts with their corresponding race number and food vouchers is worth it to see all our colleagues at the end of the race happy in knowing that the event has been another success,” Baker said.

Event owner and operator J.P. Morgan brought a total of 2,000 of its United Kingdom employees to the starting line in 2019, the third-largest employee turnout in the Series that year, trailing only Chicago (2,361) and New York (2,063).

Among the 2019 companies large and small in Battersea, the fastest individuals among them was Bethanie Murray, Lucy Reid, William Mycroft, and Matthew Revier.

On the first night of racing, Murray, representing Capital One, earned the women’s title with a time of 20:11 over the grassy 3.5-miles. ARUP’s Julia Bijl was runner-up in 20:36. Mycroft of Man Group was the men’s winner in 17 minutes flat, with Andy Greenleaf of Julius Baer second in 17:10.

Reid, representing J.P. Morgan, was the star the second night, winning the women’s race in a speedy 19:16.  Carolyne Baxter took second in 20:52. Revier, running for Aviva, earned the men’s title in 17:09, with Andrew Penney of Goldman Sachs close behind in 17:13.

The J.P. Morgan Corporate Challenge Series is deep in the planning stages of hosting events in 15 locations in eight countries in 2022. The Series is enjoying expansion this year, with new events scheduled to be held later in the year in Buenos Aires, Dallas-Fort Worth and Philadelphia. Buenos Aires will mark the Corporate Challenge’s first visit to South America, giving the Series a presence on all six inhabited continents.

The Series hosted 251,299 runners and walkers from 7,581 companies in the last full year of racing in 2019. The virtual edition of the Corporate Challenge in 2020 was the largest virtual running event in the world.

A champion proudly leads employer back to Corporate Challenge London 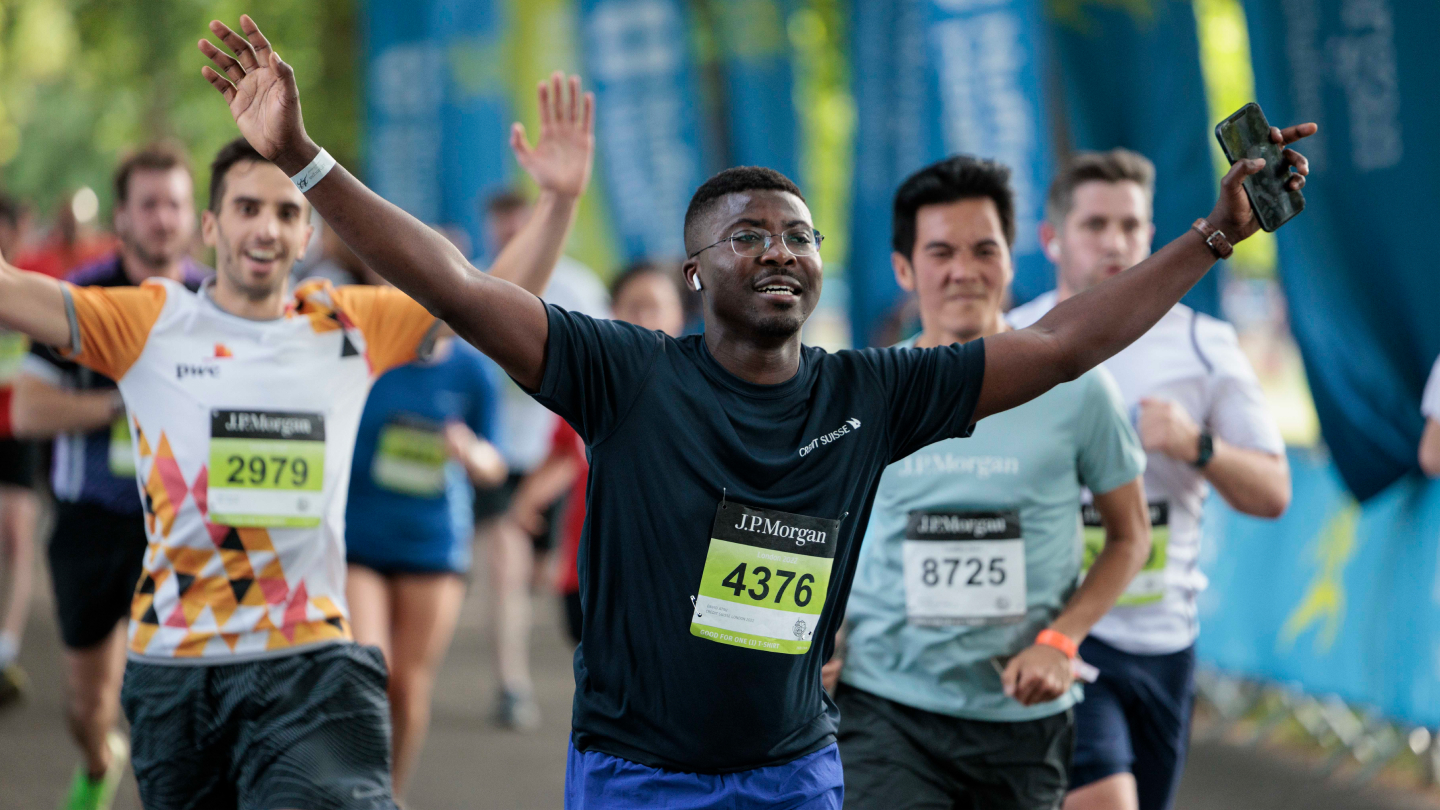