After persevering for two years virtually, Boston gets back to an in-person Corporate Challenge

In the City of Champions, you must be a season ticket holder or have powerful friends to score good seats to a Red Sox, Patriots, Bruins or Celtics game. When your professional sports teams win 12 championships in an 18-year period (2001-18), demand is understandably high.

Another event with a history of success that has a dedicated fanbase is the J.P. Morgan Corporate Challenge in Boston.

How dedicated? Well, the 3.5-mile team road race first achieved a full capacity of runners in 1995. When the Corporate Challenge was last held – on June 20, 2019 – it sold out again, for the 25th consecutive year.

Now, after two years of virtual racing due to the COVID-19 pandemic, Boston returns to in-person racing. The 37th overall running of the J.P. Morgan Corporate Challenge Boston will be held on Thursday, June 23, with a 7:15 p.m. starting horn at the Charles Street starting line, between the historic Boston Common and Public Garden. The emphasis will be on safety, with the Corporate Challenge following local health guidelines to deliver peace of mind and a world-class road racing experience.

Fitting for a city steeped in history, there will be a historic element as well. For the first time at a J.P. Morgan Corporate Challenge, participants in Boston may register as non-binary and be eligible for scoring in the mixed team division. Mixed teams shall include no more than two participants registering under the same gender – for example, two female and two non-binary teammates, or one male, one non-binary and two females.

Boston’s race course is primarily an out and back on beautiful Commonwealth Avenue, and is known for its fast times for participants, and forgiving flat terrain for the less accomplished. It has followed this course for every year of its existence, including the very first Corporate Challenge in 1984, with 1,952 total participants.

Megan Ratcliffe, running for Bracebridge Capital, earned her first J.P. Morgan Corporate Challenge women’s title, breaking the tape in 19:17 (5:30 pace). Jaime Lord of Raytheon was the runner-up in 20:10 with Janelle Solviletti third, separated by less than two-tenths of a second.

The J.P. Morgan Corporate Challenge Series is deep in the planning stages of hosting events in 15 locations in eight countries in 2022. The Series is enjoying expansion this year, with new events scheduled to be held later in the year in Buenos Aires, Dallas-Fort Worth and Philadelphia. Buenos Aires will mark the Corporate Challenge’s first visit to South America, giving the Series a presence on all six inhabited continents.

The Series hosted 251,299 participants from 7,581 companies in the last full year of racing in 2019. The 2020 J.P. Morgan Corporate Challenge Virtual Event was the largest remote running event in the world. 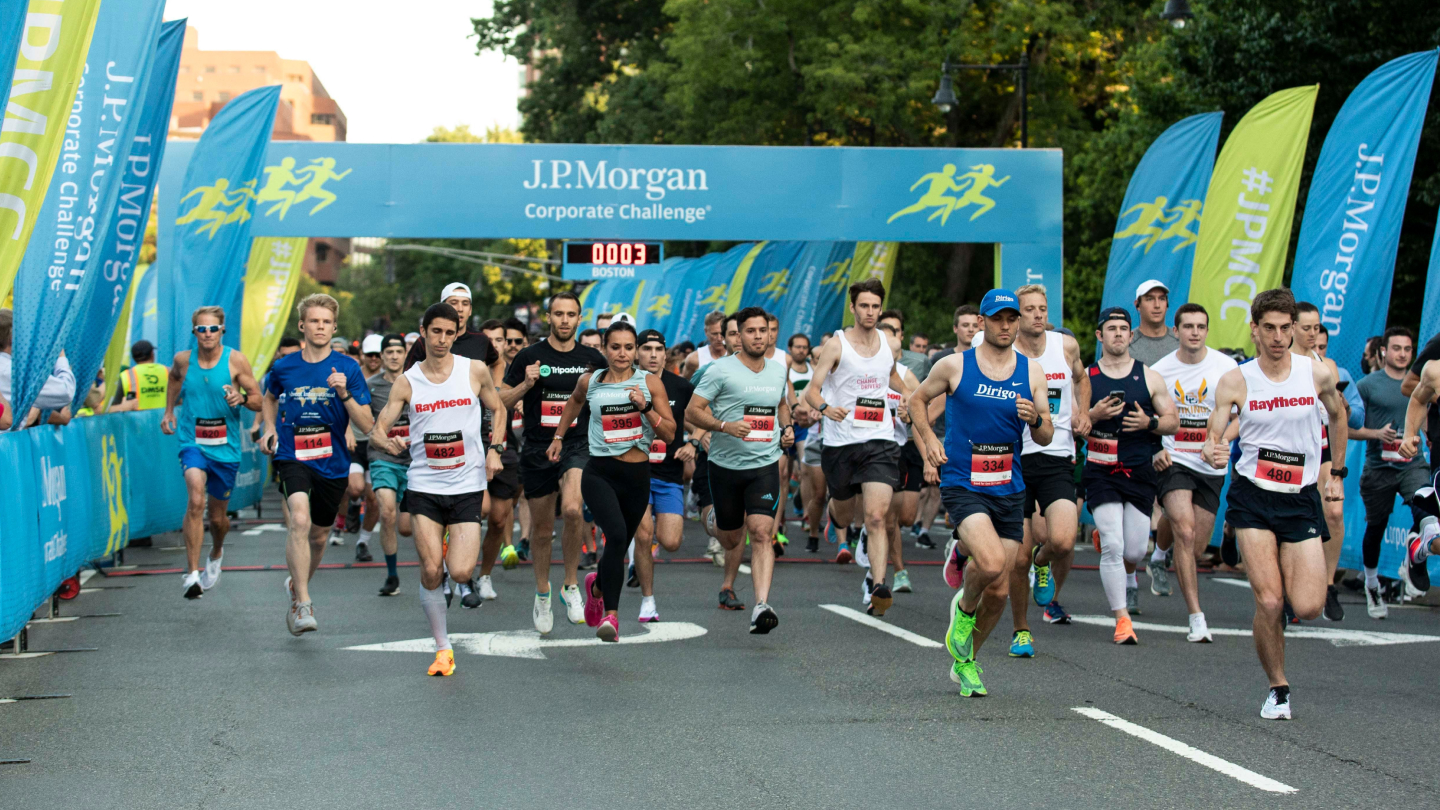